To know what people really think, pay attention to what they do, rather than what they say.

And althoug there are perhaps as many sensible people among the Persians or the Chinese as among ourselves, it seemed to me that it was more practical to regulate myself according to those with whom I would have to live; and that, in order to learn their true opinions, I should pay attention to what they did rather than what they said, not only because in the corruption og our customs there are few people who are willing to say everything that they believe, but also because many are themselves ignorant of their beliefs. 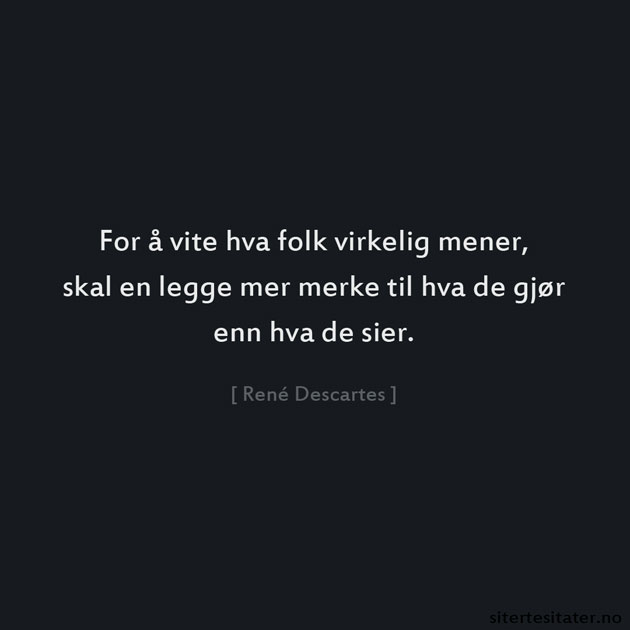